Health & Happiness: Are You Genetically Wired to Be Happy? 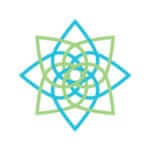 What dictates human happiness? Is it our environment, our relationships, or something else entirely? If you ask a doctor, they'll likely tell you—it depends. Today, we'll explore the genetic, biological, and physiological factors that predict what makes people happy. And, as it turns out, there are a number of predictors of happiness, including genes related to mood, emotions, and personal well being. There's also a marked difference in neurotransmitter function between happier people and those prone to more negative emotions.

Historically, medical psychology mostly studies disorders, such as anxiety, depression, schizophrenia, and so on. The goal is usually to improve a patient's mental health from a negative state to a "normal" state. However, this approach does little to address what makes a person actually happy—and not just unwell.

Positive psychology looks beyond impairments and disorders, and instead seeks to understand the strengths and abilities that play into a person's well being. These are measurements of happiness, life satisfaction, quality of life, optimism, positive attitude, and so on.

The predictors of happiness

The results of various studies suggest that happiness is a result of a multitude of factors, split mainly into two groups:

Find your go-to product for a brighter mood by browsing these supplements.

Just how much of your overall happiness with life is inherited? Twin studies suggested that genetic factors count for about 35 to 50 percent of happiness—which is a pretty substantial portion (1).

Uncovering which genes result in a greater well being is a difficult task, but neurobiology has identified several genes involved in mood and emotional characteristics.

Since neurotransmitters that regulate mood, like dopamine and serotonin, are each coded by a special gene, genetic factors have a clear and significant effect on mood happiness.

Two of the most important neurotransmitters that are involved in mood are dopamine and serotonin.

Serotonin, or 5HT, is a neurotransmitter that promotes life satisfaction, happiness, and a positive outlook. Serotonin levels are reduced in depression. Most modern antidepressant drugs, known as serotonin reuptake inhibitors (SSRIs), act by increasing the amount of serotonin available to brain cells. Research indicates that this increase in serotonin level is related to positive mood (4). Serotonin is coded by the DRD4 gene.

Dopamine is a neurotransmitter associated with the pleasure and reward system in the brain. Dopamine is involved in learning, motivation, and attention. Low dopamine levels are linked to depression, ADHD, schizophrenia, and Parkinson's disease. Drugs like cocaine and methamphetamine increase dopamine levels, which leads to feelings of euphoria.

Melatonin is a hormone made in the brain which controls your circadian rhythm. Melatonin levels follow a 24-hour cycle, and are controlled primarily by light. Studies show that being in harmony with your body's natural circadian rhythm is one predictor of a positive mood. Serotonin is a precursor to melatonin, and both display a strong link to better health and overall well being.

Read: The Functional Solutions You Need to Finally Get Better Sleep

Have you ever finished a workout and felt a boost of energy? Or had a few minutes of side-splitting laughter with friends that instantly improves your outlook? You can thank endorphins for these feelings, and they’re a big part of what makes people happy.

Endorphins act as natural painkillers, and have been shown to promote a good mood and increase feelings of happiness. Endorphins are also neurotransmitters, but they’re capable of blocking pain signals from reaching the brain, and can produce a sense of euphoria. Higher levels of endorphins in the body have been shown to inhibit pain, while reduced levels can restrict positive emotions (5).

Your body releases endorphins during:

Endorphins are one reason that many doctors recommend certain activities for those who experience depression or anxiety. Stimulating endorphins goes hand in hand with a happier mood.

Related: Biohack Your Hormones to Boost Your Mood

Stress as a barrier to happiness

Now that you know a little about what creates happiness, let’s find out what can make it harder to embrace positive emotion.

Today, no one is a stranger to stress, but studies show a strong connection between stress and the ability to feel happy. The human body is perfectly made to handle occasional stress—even pretty severe stress is ok as long as we have a chance to recover and let stress hormones like cortisol and adrenaline return to a baseline.

But, cortisol dysfunction over time has been shown to be a marker for depression (6). Cortisol is a key player in the HPA axis, which regulates your stress response. And if this axis becomes dysregulated as a result of chronic, unresolved stress, it can lead to cortisol issues which then interfere with your mood. Abnormal cortisol production has been linked to depression, chronic stress, and anxiety (7). Those with chronic pain also have chronically elevated levels of cortisol.

Individuals with higher levels of “personal growth” and “purpose in life” had lower and more stable levels of salivary cortisol and urinary adrenaline (5). This may make cortisol and adrenaline important predictors of happiness.

Read: The Benefits of Magnesium for Mood & Mental Health

Oxytocin is commonly called the “love hormone” or the “cuddle hormone”, because your body produces oxytocin in response to different kinds of physical and emotional affection.

Oxytocin has a significant effect on your brain, playing a key role in your mood and memory, and even helping to decrease feelings of anxiety by dampening the effects of cortisol (8).

When you engage in physical touch, whether it’s a hug, a touch on the arm, or something more intimate, this stimulates the pleasure centers of your brain to release oxytocin that creates a feeling of trust and empathy. Humans have evolved to crave this feeling on a biological level, and we now know that the sense of touch is the very first one to develop (9).

Some people argue that both physical health and happiness have mutually beneficial effects on one another, so it’s not always clear which one comes first. That is, a positive mood makes it easier to make healthy choices, while those healthy choices are more likely to support greater happiness. Happier people also live longer lives, as a general rule (10).

The opposite is typically also true. Those who struggle with chronic illness, pain management, and fibromyalgia typically are at increased risk for depressive disorders and more likely to struggle with negative thoughts (11).

Research suggests happiness also has other health benefits. There’s a strong link between positive emotions and improved health, including (12):

People with greater happiness are also less likely to participate in risky behaviors, like substance abuse or heavy alcohol use (13).

Improve your happiness with integrative medicine

The predictors of happiness are complex, but by understanding some of the key factors, we can all work together to support greater happiness in individuals and societies. Your lifestyle and daily routine have a huge impact on your mood, so make sure you’re doing things that make you happy! Eat well, get enough exercise, spend time outdoors and with loved ones, and find ways to reduce stress. And don’t forget to take care of your physical health – it has a big impact on your overall well being. We can all help promote happiness by staying healthy and taking an active role in our own lives. What will you do today to increase your own happiness?